I write this message to you all today with an overwhelming sense of disgust and frustration over what is happening in the State of New York as it affects all of us in the uniformed services.

As most of you are well aware, the HALT Bill (Human Alternatives to Long Term Isolation) was passed by the State Senate and Assembly and delivered to the Governor on March 19th. This Bill as written would severely limit the use of Administrative Segregation and Protective Custody within Correctional Facilities' in NYS and it places strict limits on how AdSeg can be used, as well as who is exempt from any type of Segregation whatsoever. This includes exemptions for any inmate under the age of 21 and those over age 55. There are many other problems with this legislation that will be discussed separately.

We have just learned that the Governor has signed this Bill into Law.

For several years, and through the tireless efforts of this Union along with our Downstate Correction Coalition partners, our attorneys and lobbyists we successfully held this legislation at bay since its initial introduction in 2014.

In just the last weeks and months, I have personally engaged in countless meetings along with our Downstate Partners, with Governor Cuomo's legal staff and the State Senate Leadership's Counsel in efforts to block this legislation. We have also been pressuring the Governor to veto the bill as presented because of the threat it poses not only to us as Correction Officers, but also to the General Population of Inmates who would be placed in harm's way from violent predatory inmates who could not be Administratively Segregated any longer. Cuomo opposed this legislation as recently as 2019 because of the problems it would create as we outlined to him numerous times.

Unfortunately, as a result of today’s misplaced contempt for law-enforcement in Albany along with the lopsided "One Party" make-up of the State Legislature, we simply could not garner enough support to stop the progressive agenda that supported this Bill. The Governor, who is not in any way in a position of power at the moment, signed the Bill into Law last night.

These are the same people who brought us Bail and Discovery Reform. They are no friends of Law Enforcement or sanity for that matter.

It is also important to note that this Law doesnt take effect for another year, so that certain aspects can be implemented.

As such, COBA will continue to advocate on behalf of our membership with the Governor’s office and the Legislature in an effort to seek amendments to the current form of HALT. Especially to diminish some of the most ill-conceived elements within the law.

Frankly, this is an uphill battle, but one obviously worth fighting.

We are also pressing our point hard with local and national media outlets, to bring attention to this misguided nonsense, but as we all know the media is no friend to Law Enforcement either.

We will continue to provide updates on HALT as the situation progresses, but until then, we will keep fighting. 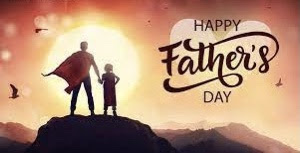