On Saturday May 8th, COBA was proud to stand with the Nassau County Sheriffs Department Honor Guard, countless members of the Port Authority Police Dept; NYPD; Nassau County Police Highway Patrol; Suffolk County Highway Patrol and the Suffolk County Sheriffs Dept as we escorted home the body of Peter Robert Dudek upon his arrival back on US soil at JFK Airport.

As you recall from COBA's email notifications, Pete Dudek's son, Peter Robert was killed in a tragic motorcycle accident in Thailand where he had settled to teach English to children after having served 3 tours in Iraq in the Military.

Young Peter was a Marine who worked in the Corps Aviation Unit.

Once members of our Dept found out that this Ex-Marine, and son of one of our own was tragically killed in an accident, we knew something had to be done to show him respect for his service to our Country and his father's service to our job. This small gesture blossomed into an event that none of us could have imagined, as the Port Authority and numerous other law enforcement agencies joined in to escort young Peter upon his arrival at JFK on Qatar Airlines to the family funeral home in Suffolk County.

I have never been more proud of our Honor Guard who stood tall and proud representing us that day. We also cannot thank The Port Authority Police Dept enough as they sent dozens of Officers and vehicles to meet the plane on the tarmac to transfer the casket from the plane to the hearse in the most professional respectful and dignified display.

Special thanks to Nassau Correction Officer Brian Gleason and Sgt. Ray Cotto who did themselves proud in putting this together.

See below a video of the arrival of the Qatar Airline flight carrying young Pete and several photos of the escort to Suffolk County.

May he Rest in Peace.

Remember and Honor Our Heroes This Memorial Day 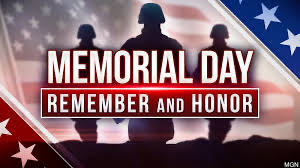 Skin Cancer in the 911 Community--Barasch and McGarry Webinar